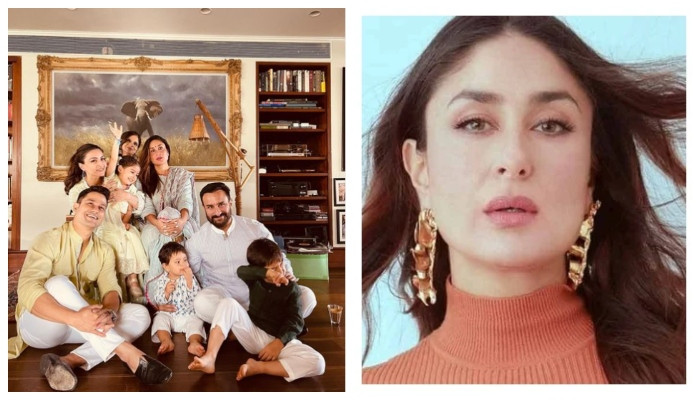 The Jab We Met star, commonly known as Bebo, took to Instagram on Eid day and posted a sweet family photo featuring herself with husband Saif Ali Khan, their two kids Taimur and Jeh.

The photo also featured Saif’s sisters Saba and Soha Ali Khan. The latter’s hubby and actor Kunal Kemmu, and their daughter Inaaya can be seen in the family portrait as well.

She shared the picture with the caption, “Eid Mubarak from the family that is always trying to take the perfect picture …but never has!!!.”

In the photo, everyone can be seen dressed up in their festive attire for the occasion. Kareena, Saif, and Jeh were seen twinning in white-hued outfits, while Soha, Kunal, and Inaaya wore light-yellow colored ethnic wear. On the other hand, Taimur wore a black kurta. Everybody posed candidly for the family photo.

On the work front, Kareena will be soon seen in the Aamir Khan starrer Laal Singh Chaddha. The Advait Chandan directorial is the Hindi remake of the Hollywood classic Forrest Gump starring Tom Hanks.

Kareena has also begun work on her digital debut in Sujoy Ghosh’s next, where she will be sharing screen space with Jaideep Ahlawat and Vijay Varma.

On the other hand, Saif Ali Khan will be seen in Vikram Vedha, alongside Hrithik Roshan. Kunal Kemmu was recently seen in the web series Abhay 3. Talking about Soha, the actress featured on Kaun Banegi Shikharwati.