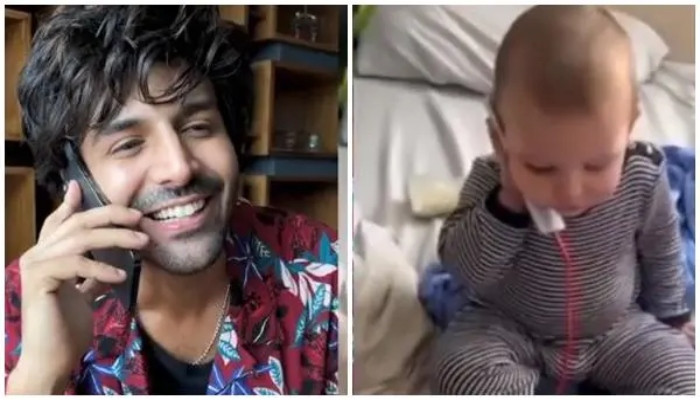 Kartik Aaryan is excitedly waiting for the release of his upcoming film Bhool Bhulaiyaa 2.

Ahead of the release of the highly-anticipated sequel of the 2009 hit horror-comedy, the Dhamaka actor shared a hilarious, mashup video of himself promoting the advance theatre booking for the film.

In the video, shared on Kartik’s Instagram, he was seen speaking to a baby on phone and telling him to get tickets before it gets late.

The Luka Chuppi actor further tells him to watch the film with his family and also jokes that he should not cry at the movie theatre.

Bhool Bhulaiyaa 2, directed by Anees Bazmee, also stars Kiara Advani, Tabu and Rajpal Yadav. The film is slated to hit the theatres on May 20.