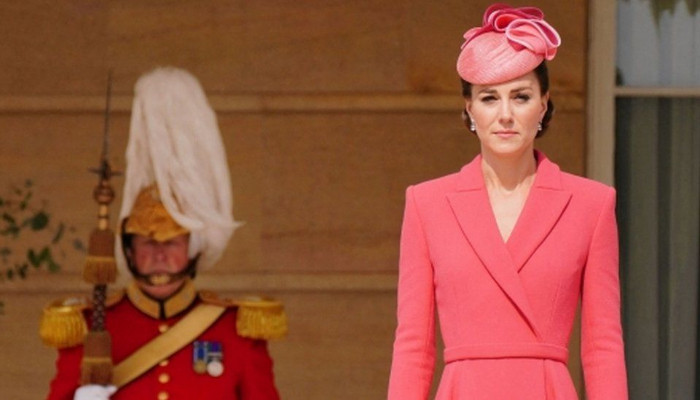 According to reports, the Duchess of Cambridge was joined by some 8,000 guests at the party that included many charity representatives, as well as Prince Edward with wife Sophie Wessex, and Queen’s cousin Princess Alexandra.

Kate standing in for the Queen at the party came after it was announced earlier that the 96-year-old monarch would only be appearing at select royal engagements due to her increasing mobility issues.

In pictures shared by several media outlets, Kate was seen in a striking all-pink outfit as she met with reps from various different charities, including the Foundling Museum director Caro Howell, who said the meeting was an ‘incredible honour’.

Howell also said: “The conversations were still present in her mind and it just shows you how much she genuinely does care. She (Kate) is remarkable.”

The Duchess of Cambridge also met with two guests from the Act Up! Newham theatre company, and told them they ‘looked beautiful’.

The event marked the first time in three years that members of the public were allowed to attend; previously, attendance was cut down due to the COVID-19 pandemic.