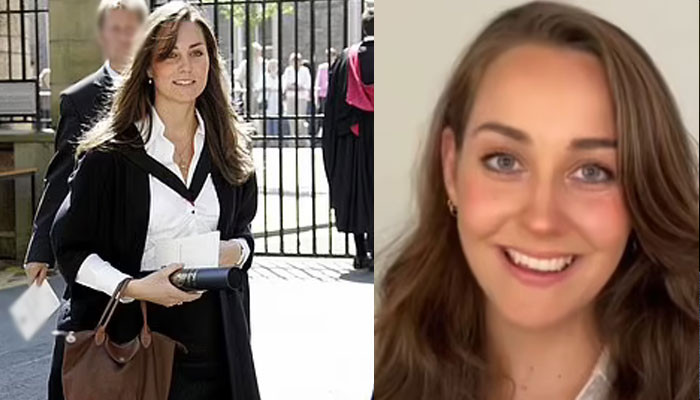 An Aussie Kate Middleton lookalike has revealed how she perfected a quintessentially British accent.

Speaking on Lorraine, Brittany  Dixon revealed one major plus she has for perfecting her Royal pronunciation.

Asked if she is ever compared to the Duchess, the social media star admitted: “I have been having that compliment for a few years, nothing compared to what I’ve heard lately.

“I honestly did not expect to get this much attention after that TikTok video, so it’s been crazy’.

She  created her account on the social media platform to promote her artwork – but many of her followers were quick to note the uncanny resemblance she has to the Duchess of Cambridge.

Dixon, who recently went viral on TikTok, has announced she has applied to play the royal in The Crown.

She initially joined the platform to display her artwork, but users were quick in pointing out her eye-catching resemblance to the Duchess of Cambridge.

Brittany Dixon responded to an open casting call for a ‘stunning’ actress to play a young Kate in the sixth season of the historical drama.