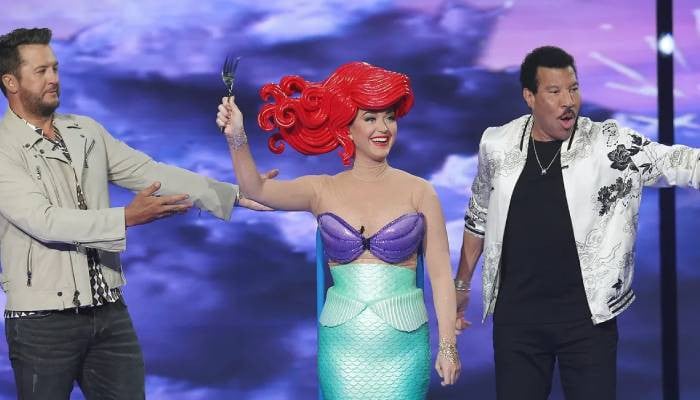 Katy Perry is known for her quirky and weird fashion choices in the entertainment industry. Be it on red carpet, premiere events or television shows, her outfits definitely turn heads whenever she makes an entrance.

Perry shared the video of her funny fall on Instagram in which the singer-songwriter wasn’t comfortable in her mermaid costume and this is why she tumbled down the chair at the beginning of the show.

In the reel, the host Ryan Seacrest’s introduction was interrupted by a crashing noise after which he was seen reacting in shock.

Later on, the camera panned to the crooner who fell off from the chair and was then helped by her co-judges, Lionel Richie and Luke Bryan.

The video of her fall created buzz on social media and not only fans but even singer herself enjoyed a good laugh over the incident.

She captioned the post as, “Flippin’ your fins you don’t get too far.”