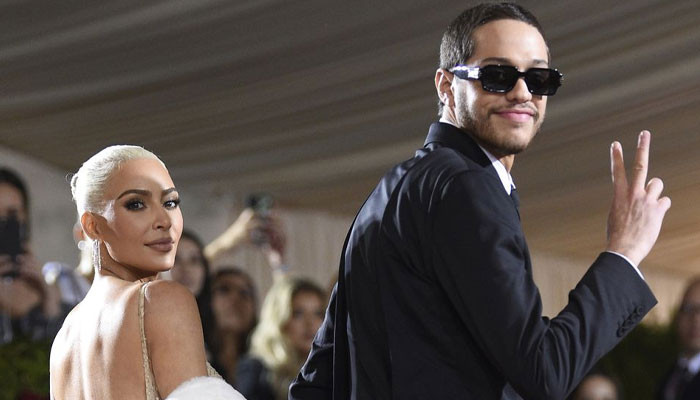 ‘Burnt out’ Kim Kardashian is reportedly asking Pete Davidson to move close to the reality star’s house in Los Angeles.

According to The Sun, the Skims mogul is asking the Saturday Night Live star to move from New York to put an end to their bi-coastal relationship.

An insider spilt the beans to the outlet, “As loved up as they are right now, there are some question marks looming over the relationship because they’re both so busy.

“It’s hard to make things work when they live on opposite coasts.”

The source also told the outlet that the comedian is also considering getting a place near Kardashian’s abode in LA “to make life easy, and for him to spend more time there – and Kim is encouraging this.”

“At this stage, him moving to LA full-time wouldn’t happen – his life and a lot of his career are in New York,” the source dished out.

Moreover, the insider also revealed that Davidson doesn’t stay at the reality star’s house when he visits LA.

“Pete has met her kids, but Kim is really protective of them and doesn’t want them overwhelmed or feeling confused,” the insider shared.

“But Kim is struggling to keep up with her packed schedule – filming the reality show, her law degree and she is struggling with all the travel she has to do to make things work with Pete,” the outlet reported.