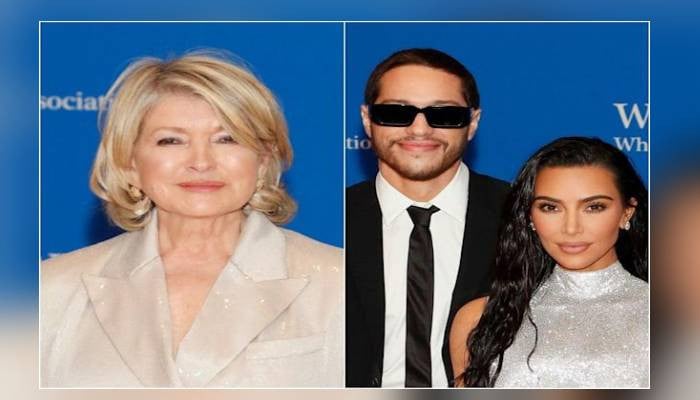 In an interview with E! News, the 80-year-old chef recalled how she hung out with Davidson and Kardashian at the White House Correspondents’ Dinner in April.

According to the home and garden guru, the reality star and the comedian look adorable together.

“They seem to have a nice affection for one another, which is so nice,” she noted.

However, Stewart revealed that she had different perspective in her mind because of couple’s odd  connection.

“They are an unlikely pairing and much, much more unlikely than my steak tartare and Ruffles potato chips,” she quipped.

However, after meeting the couple at the White House, Stewart turned to Instagram and adored the couple.

She also praised Davidson and wrote in the caption.

“Seven years ago, I was on the stage with a young upstart named Pete who was doing comedy on Saturday Night Live. “Now that same Pete is all grown up, squiring gorgeous women around and appearing everywhere,” she commented.

To note, Davidson and Kardashian started dating in October 2021, with the latter confirming their relationship on Instagram last month.