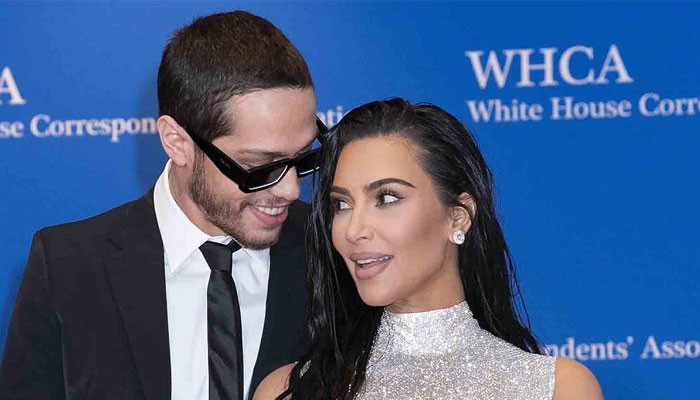 Kim Kardashian’s fans believe that the reality star has changed her voice to sound just like her boyfriend Pete Davidson.

In a recent episode of The Kardashians, the 41-year-old was talking to her mother Kris Jenner and her close pals Simon Huck and Phil Riportella about her sister Kourtney Kardashian and Travis Barker’s upcoming wedding.

Kim quipped, “We already knew they were trying for a baby. To me, a baby you are stuck for life. Marriages come and go.”

Given her three previous marriages, Kim jokingly said to Simon and Phil to “take it from me”.

It is pertinent to mention that the episode was shot before Kourtney’s “courthouse wedding” on May 15.

According to the several media reports, fans were stunned to listen to Kim’s voice who they said that “sounded so much like Pete”.

Reportedly, one of the fans posted the clip of the episode on Reddit with a caption that read, “kinda cute how Kim has started to sound so much like Pete”.

One user wrote, “Her valley girl voice transformed into a middle-aged woman from Staten Island.”

Another chimed in, “”WHOSE (Expletive) VOICE WAS THAT?!?!?! I’m creeped the hell out. Kim needs an exorcism!”