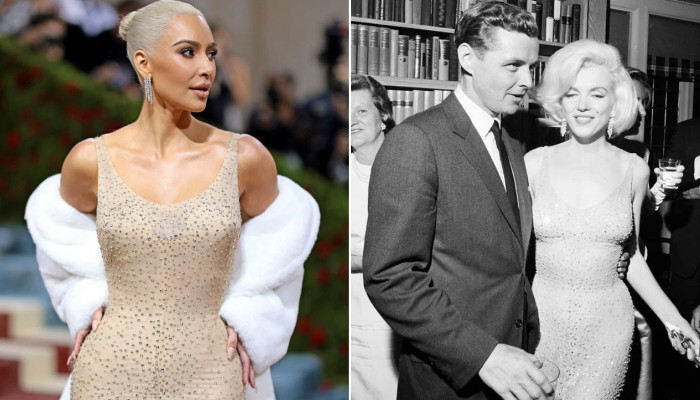 Kim Kardashian rewearing Marilyn Monroe’s iconic 1962 crystal-embellished dress to the Met Gala this month was a ‘big mistake’, according to the dress’ original designer.

82-year-old Bob Mackie, who originally sketched out the dress for designer Jean Louis, weighed in on Kardashian getting her hands on the crystal-covered column gown that Monroe wore to sing ‘Happy Birthday, Mr. President’ to then US President John F. Kennedy.

Talking to Entertainment Weekly about Kardashian rewearing the dress to the Met earlier this month, Mackie said: “I thought it was a big mistake.”

“Marilyn was a goddess. A crazy goddess, but a goddess. She was just fabulous. Nobody photographs like that. And it was done for her. It was designed for her. Nobody else should be seen in that dress,” he continued.

The dress in question was worn by Monroe in 1962, less than three months before her untimely death.

As for Kardashian, she only got to wear the dress for some minutes to get photos on the steps of the Met, before having to change into a replica for the night.