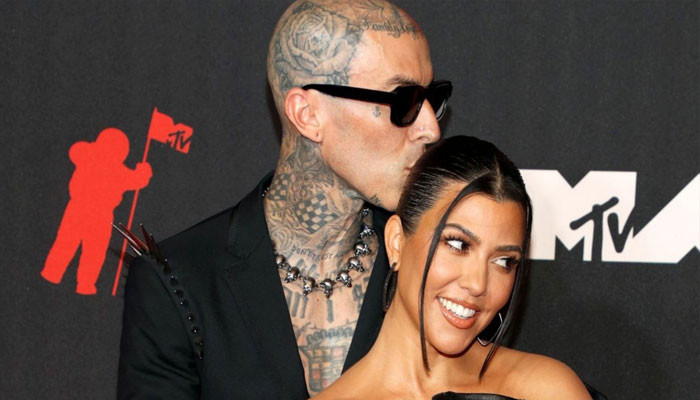 Travis Barker’s alleged ‘controlling’ behaviour toward his fiancée Kourtney Kardashian has been creating a massive buzz on fans.

The social media buzz around the couple’s ‘alarming’ bonding started when the Blink-182 told Kris Jenner that he moved to the Los Angeles neighbourhood so that he could ‘live by’ his ladylove years before they parked romance.

“Did I tell you the story of how he came over? He goes, ‘Do you want to know the real reason why I moved to Calabasas?'” Kris was seen talking to Kourtney on the latest episode.

The Poosh mogul appeared shocked as she paused before saying, “I’ve never met a better human in my life, like, the thoughtfulness and everything.”

However, quick-witted fans thought that she seemed ‘disturbed’ by the news.

“Kourtney looks just a touch disturbed. Notice that quick glance down and then she immediately changes the subject to what a great guy he is,” one user wrote on Reddit.

“Repeatedly the look on Kourtney’s face during sooooo much Kravis content is alarming,” pointed out another post.

“It’s like the voices and bells are going off in her head but she’s just never had a guy this obsessed with her so she’s pushing the voice of reason away,” the fan added.