HomeENTERTAINMENTKourtney Kardashian slammed by netizens for not inviting kids to her wedding...
ENTERTAINMENT 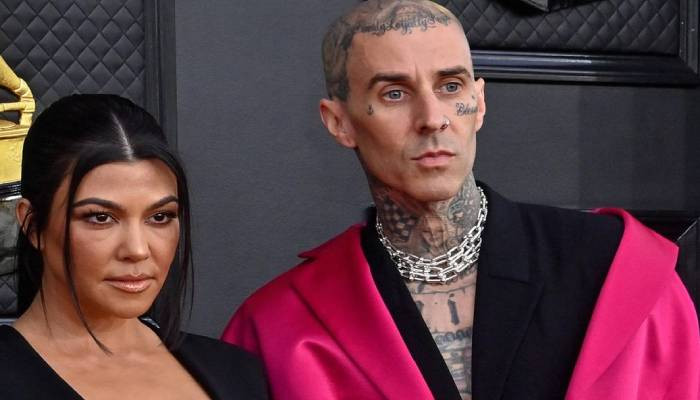 Kourtney Kardashian has severely been criticised by netizens for not inviting her three kids to her courthouse wedding to Travis Barker.

According to the article by The Sun, the reality star and Blink-182 drummer tied the knot legally in Santa Barbara on May 15.

Reportedly, Kourtney’s three kids Mason, Penelope and Reign were absent from the wedding and could be spotted hanging out with their father Scott Disick.

As soon as the photos of their wedding went viral on Instagram, most of the netizens reacted to the socialite’s post and bashed her for not including her children on her big day.

One commented, “No kids at wedding hmmm.”

Another wrote, “She made such a fuss that her kids did not attend the engagement and now she had been married twice and kids were at neither of them.”

A third user interjected, “I feel so bad for those poor children. Imagine not seeing your mum getting married.”

Strangely enough, Kourtney faced repercussions in April when she unofficially married Barker in Las Vegas without her children.