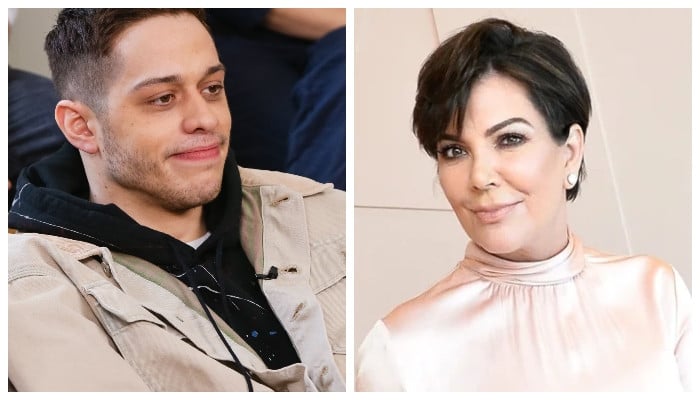 Rumours are rife that renowned socialite and reality TV Kris Jenner could be hired as a manager to 28-year-old Pete Davidson as he parted ways with his management company.

The Kardashians momager has extensive expertise managing those in the spotlight – moulding her 41-year-old daughter Kim from a sex tape star into a billion dollar business woman.

Amid all, the rumours have been fuelled even more by a 29-year-old YouTube star Morgan Paige who hinted she has proof such a deal is about to be made public.

Morgan claimed on her Morgan’s Pop Talks podcast: “Kris Jenner might be managing a new celebrity client. When I tell you, I am shook to the core.”

While her guest on the podcast claimed that Pete was the star in question, adding: “our sources are saying he’s going to be joining with Kris Jenner.”

However, US Weekly has shot down this theory, with a source close to the Kardashians telling them: “Kris is not Pete’s manager.”

They reported: “[Pete], who remains repped by ICM Partners, had been at Brillstein for a while, and his manager there, Tim Sarkes, executive produced Pete Davidson’s stand-up specials Pete Davidson: SMD (2016), and Pete Davidson: Alive from New York (2020)

“Davidson is not taking manager meetings right now; it is unclear whether he will sign with a new management company soon.