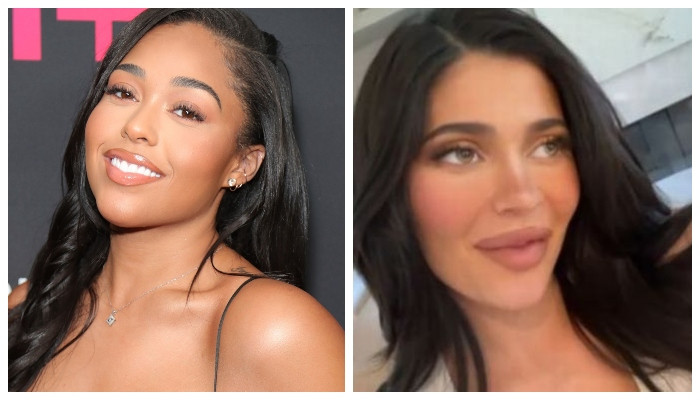 Kylie Jenner’s latest TikTok prompted speculation that she has reunited with her former friend Jordyn Woods.

The reality TV star and her childhood best friend, both 24, are said to have fallen out around three years ago after it was reported that Jordyn had kissed Tristan Thompson, 31.

At the time, the basketball player is understood to have been in a relationship with Kylie’s sister Khloé Kardashian, 37 – with the scandal having made headlines back in 2019.

It’s said to have led to the end of the friendship between Kylie and Jordyn – who appeared on the show Life of Kylie, which was referenced in a video on TikTok recently.

Kylie- who gave birth to her second child in February – shared a clip of herself lip-syncing to audio from the show, captioned: “When your postpartum hormones start to level out.”

The social media post sees her mouthing along to previous audio of herself saying: “I’m getting my personality back though. I’m feeling like myself again. I really was not myself.”

It isn’t just Kylie’s voice that features in the video though as an individual, who has been identified by fans as Jordyn, is heard in the background responding: “Yeah I noticed.”

“No one gonna talk [about] Jordyn’s voice in the audio,” said one viewer. Another wrote: “Realizing that’s Jordan [sic] in the background.” They included a stunned-looking emoji.

Another person said: “Ok but Jordyn’s in the audio.” Whilst a fourth viewer expressed surprise that Jordyn’s voice was “part in the audio,” including emojis of skulls in response.