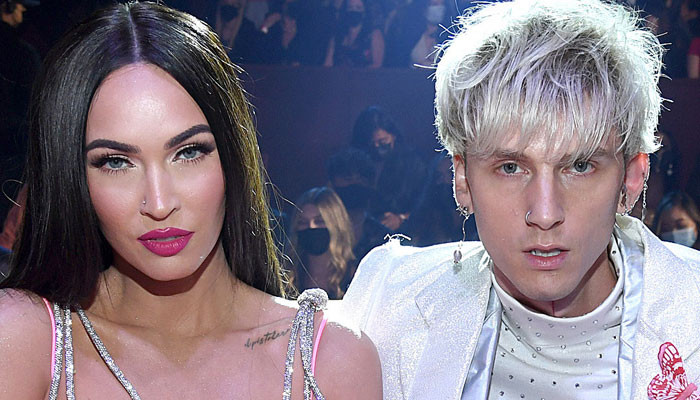 Machine Gun Kelly is spilling the beans on his marriage plans with Megan Fox.

The power couple walked on the premiere of their movie Good Mourning, where the rapper revealed that he might have marriage plans similar to friends Travis Barker and Kourtney Kardashian.

Travis and Kourtney eloped to get married in a Las Vegas chapel.

“I want to kind of just let … let the world see that as it comes,” MGK replied.

Speaking to James Cordon earlier, the singer added: “The location is hard, trying to find a spot that’s matching my artistic [vision].”

About picking out a wedding date, MGK he will marry “when they can build me, like, a red river with gothic..”

Megan did not need direction while playing the main lead in their movie, the singer confirmed.

“She was like “I got this. I understand what this character is.” She improvised and brought Kennedy to life, and I’ve heard a lot of people say that that’s their favourite character in the movie,” he noted.