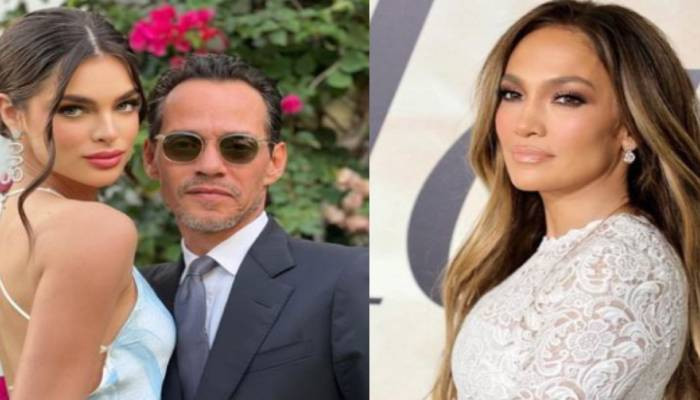 Marc Anthony recently got engaged to Paraguayan model Nadia Ferreira after three months of dating but the news that turned heads round was the engagement ring that look similar to the ring, he gave to his ex-wife Jennifer Lopez.

Earlier, on Thursday, the 23-year-old former Miss Universe contestant took to Instagram to give a surprise to her followers.

She posted a close-up photo of her stunning diamond bling to her story, disclosing in the caption about their “Engagement Partyyy!”

According to media reports, the emerald-cut centre stone on Ferreira’s ring finger in the photo reminded of the same three-stone 8.5-carat Harry Winston ring, worth four million dollars that his second ex-wife JLO sported in 2004.

Interestingly, in the photo, the 53-year-old’s left hand could be seen with a covered-up JLO initials, which he inked on his ring finger during their courtship period.

Meanwhile, speaking to People, Mike Fried, CEO of The Diamond Pro, remarked, “The gigantic diamond on Nadia’s ring is likely at least 10 carats, and I would estimate the value to be an impressive half-million dollars.”

To note, this will be Anthony’s fourth marriage while former wife Lopez, with whom he shares two kids, is currently engaged to Ben Affleck.