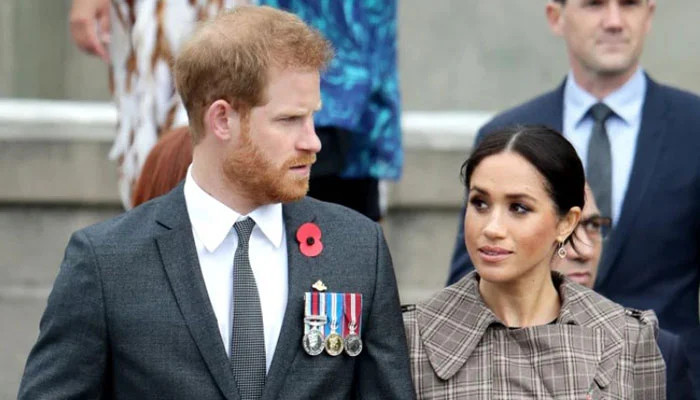 Prince Harry and Meghan Markle will not be appearing on the Buckingham Palace balcony alongside the Queen in June, and a royal expert believes that they were ‘forced’ to accept the downgrade in full public view, GB News reported.

The Duke and Duchess of Sussex are scheduled to visit the UK with their kids, Archie and Lilibet, in June for the Queen’s Jubilee but will not be allowed to appear on the Buckingham Palace balcony alongside other royal family members.

This was announced earlier by the Palace in a statement that said only working members of the royal family will appear on the balcony alongside the 96-year-old monarch.

Commenting on this, royal expert Daniela Elser said: “This is Harry and Meghan being forced to accept a downgrade while the world watches on.”

Elser also said that she was ‘astounded’ by the fact that Prince Harry and Meghan were “willing to sign on as supporting guest stars.

Earlier, another royal expert and a Sussex-supporter, Omid Scobie, claimed that Meghan and Prince Harry had never wanted to appear on the royal balcony as it is.

Scobie told Yahoo: “I’m told by a source that the Duke of Sussex had actually expressed some time ago that he and Meghan were very keen to be a part of the Jubilee engagements, including the National Service of Thanksgiving at St Paul’s Cathedral. But less so for the formal balcony moment…”