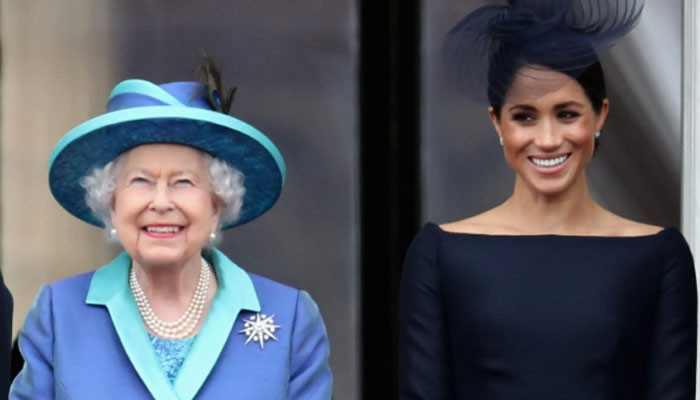 Prince Harry and Meghan Markle are told to beware of launching a competition against Queen.

Royal biographer Hugo Vickers says that it is wise that the Duke and Duchess keep a low profile at the monarch’s Platinum Jubilee.

He told Express.co.uk: “I think the most successful members of the Royal Family are those who support the Queen.

“Without competing with her, and there are a number of them who do that very, very well.

“When they start competing with her and setting up rival courts and things – a bit like [Princess] Diana to some extent and certainly Harry and Meghan – it doesn’t really work very well.

“It is not very constructive.”

Meghan and Harry will celebrate their fourth wedding anniversary this week. The couple tied the knot in 2018 after courtship of almost two years.

The Sussexes stepped down from their royal duties in 2020. Harry along with wife and kids now lives in Montecito, California.