HomePAKISTANMiftah Ismail blames Imran Khan's deal with IMF and its violation for...
PAKISTAN 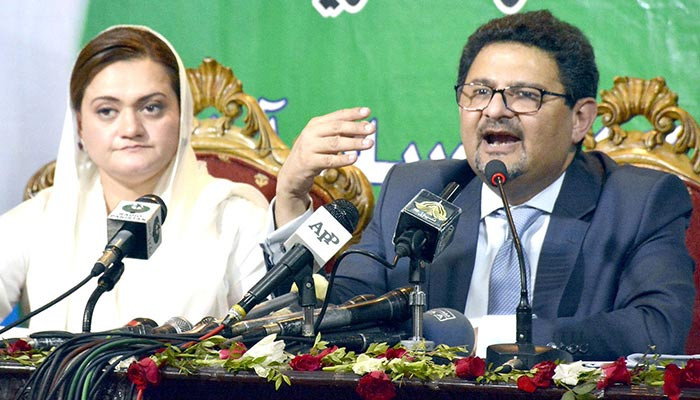 Blaming PTI Chairman Imran Khan, Finance Minister Miftah Ismail on Friday said that Khan’s deal with the  International Monetary Fund (IMF) and its violation are the reason behind rising dollar and high inflation.

Taking to Twitter, the finance minister criticised the PTI-led government and said that it is not an easy task to stabilise the economy deteriorated economy left by Khan.

“There has been a loss of Rs120 billion this month and no government can bear such a huge deficit,” he said, adding that the “subsidy on petrol has put a strain on Pakistan’s economy.”

“There is a difference between the petrol prices in the world market and the selling price in Pakistan,” he said.

The finance minister said that the petrol subsidies are the reason for the rise in inflation and the turmoil in the market. “If the government gives subsidies without having money, then it has to take more loans, increasing the interest rates, and putting pressure on the rupee,” he said.

The PML-N said that the former premier took the “biggest loan in the country’s history during his tenure, which was 80% of the total debt of 71 years.

“Khan borrowed Rs20,000 billion,” he said, adding that Khan left Rs10.4 billion in the foreign exchange reserves which are equivalent to 45 days of imports.

“The foreign exchange reserves should be double the amount,” he said, adding that the PTI chairman created issues in relations with all the countries, including China and Saudi Arabia.

Praising the incumbent government, the PML-N leader said the dollar plunged when Shehbaz Sharif became the prime minister and the stock exchange increased to 1,700 points.

“We left the growth rate at 5.8% during the Nawaz Sharif-led government and inflation at a low of 3.4%. We will get out of this mess and the stock exchange will go up once again,” he assured the masses, adding that Khan will have to answer the nation for his crimes.