HomeENTERTAINMENTMiles Teller reveals he was nervous to be a part of Tom...
ENTERTAINMENT

Miles Teller reveals he was nervous to be a part of Tom Cruise’s ‘Top Gun: Maverick’ 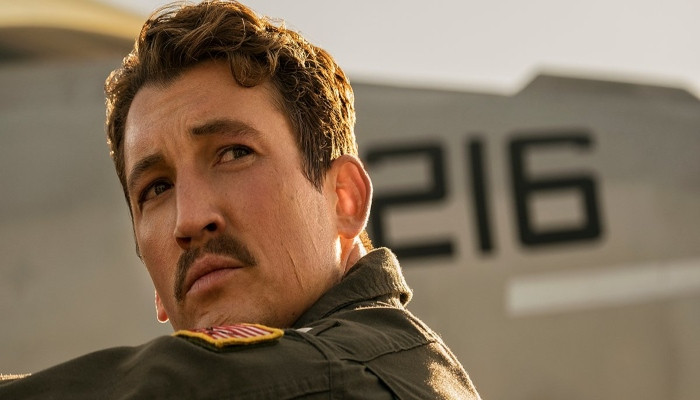 Miles Teller shared that he was ‘nervous’ to work with Tom Cruise in the highly-anticipated film, Top Gun: Maverick.

Working in the much-awaited sequel of the 1986 blockbuster Top Gun, Teller shared that he had ‘big shoes’ to fill when Cruise picked him up to play the son of a beloved character in the franchise.

Teller, 35, who has delivered outstanding performances in movies like The Spectacular Now and Whiplash said that he was ‘apprehensive’ about joining the sequel, which was mounted on a big scale as he has always focused on doing ‘smaller scale things’ in his career.

‘I was nervous about kind of lending myself to that world, but it’s something that I also was just incredibly proud and really honored to be a part of,’ he said.

The actor continued, ‘I mean, when Tom Cruise handpicks you to be his co-star in a movie and to play the son of Goose, those are big shoes to fill. So I just felt like if Tom thinks I’m the right guy, then I think I’m the right guy too.’