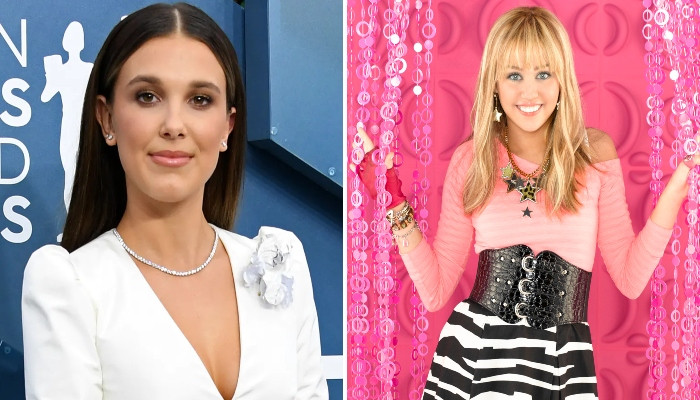 Millie rose to fame after playing the popular character of Eleven on the hit Netflix sci-fi – horror series Stranger Things.

During a candid appearance on The Tonight Show with Jimmy Fallon on May 13, the Enola Holmes actress said, “I watched Bugsy Malone and The Godfather when I was like 8.”

She recalled watching films with her parents and added, “but Hannah Montana is Oscar-nominating. It’s so good. Hannah Montana is the best. Like the film, everything. Everything about it is amazing. And I got the American accent.”

The 18-year-old actress explained that she’s always had a knack for doing impressions. “Yeah, I like to see characters and then I just do the accent. As long as I’ve watched it for long enough, I can kind of get it to somewhat of a T.”

“I was in the hotel lobby the other day and they were like, ‘Miss Brown, we have to run your card again,'” Millie recalled before breaking out her spot-on impression of Anna’s unique Russian-German accent, “I was like, ‘Run it again! It must be your system.'”

She added in another one of the most-quoted lines from Inventing Anna, adding in the accent, “Why do you look poor?”

Moreover, the first half of Stranger Things‘ fourth season is slated to premiere on May 27 on Netflix.