HomePAKISTANMQM-P to get four ministries in Sindh
PAKISTAN

MQM-P to get four ministries in Sindh 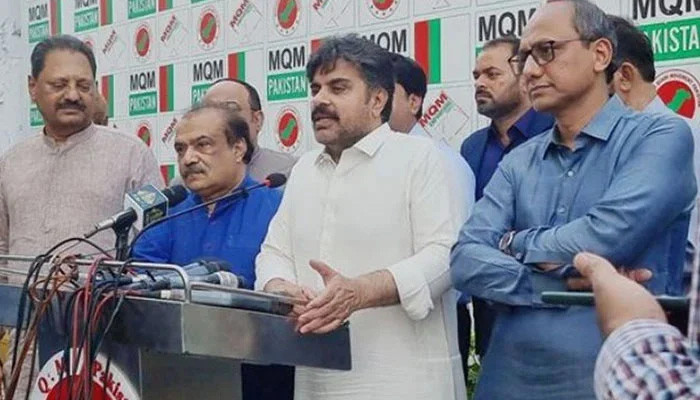 KARACHI: The ruling PPP has invited MQM-P to join the provincial government and has agreed to give four ministries to the party including local bodies, it emerged Friday.

According to a Daily Jang report, the two parties are holding discussions on the power-sharing formula and the implementation of the agreement reached ahead of the no-trust motion against the then prime minister Imran Khan to get MQM-P’s support.

A consultative meeting was held at the MQM-P’s Bahadurabad headquarters on Thursday where the two sides discussed in detail issues related to the local government law and the prevailing water crisis in Sindh, particularly in Karachi.

They said that the ministries to be given to MQM include Local Government, Planning and Development, and Youth Affairs including sports and culture, while former Karachi mayor Wasim Akhtar is likely to be appointed as adviser to the chief minister.

Apart from this, the administrators of Karachi and Hyderabad will also be from MQM.

According to sources, MQM-P will soon meet Bilawal Bhutto-Zardari and Asif Ali Zardari for the implementation of the agreement while it has also been decided that both sides will continue consultations on the legal aspects of the accord.

MQM-PPP vow to work together

The PPP and the MQM-Pakistan have expressed their resolve to work together for adopting a local government law which would be beneficial to the residents of both the urban and rural parts of the province.

They were addressing a joint press conference after holding discussions.

“Both the PPP and MQM had the resolve to work together for the sake of Sindh and the rest of the country,” they said, adding that both the parties had agreed to continue with their talks to further amend the provincial local government law.

The MQM-P leaders that the coordination committee of the party would make the final decision whether to join the Sindh government after the accord signed by them with the PPP before the change of government was implemented, while amendments were also incorporated into the local government law.

Kanwar Naveed Jameel said the meeting had been held as part of the ongoing negotiations after the MQM-P and the PPP had signed the accord.