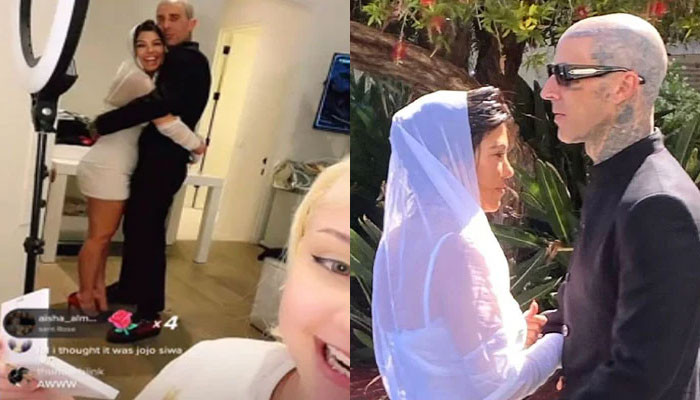 The couple hit Santa Barbara on Sunday to take their wedding vows in an intimate wedding ceremony with a marriage certificate.

After officially tying the knot, the lovebirds crashed the teenager’s Instagram live as Alabama gave fans a casual makeup tutorial.

The teen turned the camera towards the newly-wed couple as they wrapped their arms around each other. “Oh, they’re still in here!” Alabama exclaimed.

“You guys, they’re just standing here, hugging,” she told her fans while Kourtney was heard saying in the background, “He just carried me in the front door. Like a baby.”

Later in the video, Alabama told her dad off as she noticed that the couple is getting packed on the PDA in front of her.

Earlier, a source spilt the beans to TMZ, “Yes, they got the legal paperwork in order Sunday – so they are, in fact, married now.

“They’re going to be having an actual wedding ceremony in Italy in the near future.”