HomeENTERTAINMENTNot Queen, Prince Charles will choose 'what to do with Andrew' during...
ENTERTAINMENT

Not Queen, Prince Charles will choose ‘what to do with Andrew’ during Kingship 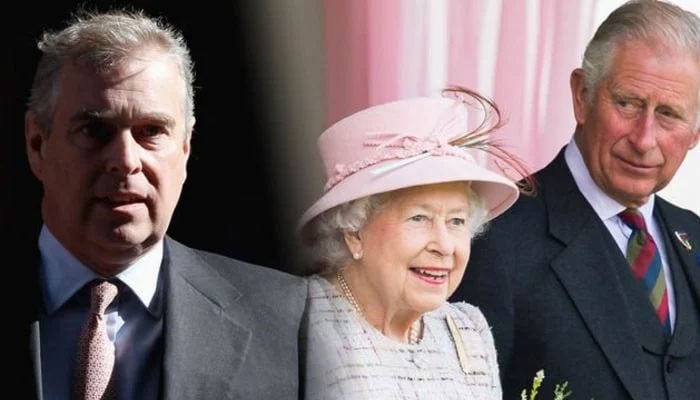 Queen does not plan to decide for Andrew’s future in her lifetime.

Cele Otnes, co-author of Royal Fever: The British Monarchy in Consumer Culture, claims the Queen does not want to strip the Duke of York of any further titles.

However, she could indicate Charles to take a decision when he becomes King.

Prince Andrew was accused of sexually violating Virginia Giuffre, trafficked to him by sex offender Jeffrey Epstein. As the court went into civil court for trial, the 96-year-old monarch took away all military and royal patronages from her son, showing sheer rejection of his actions.

Andrew then settled out of court with Ms Giuffree and offered a 12 million payout. Later in April, he made his comeback public appearance alongside Her Majesty for father Prince Philip’s memorial service.

Ms Otnes said: “His service as escort of the queen at Prince Philip‘s memorial service certainly seemed to raise a lot of consternation among the family, and probably among Royal brand managers and royal watchers as well.

“I doubt very seriously the Queen will take the step of stripping him of his title.

On Wednesday evening, members of York City Council voted unanimously to strip Prince Andrew of his Freedom of the City of York honour. The state now wants to revoke Andrew of the ‘Duke of York’ title.

He added: “I think she would perceive that as too hurtful a gesture from his mother — and unwarranted. However, Prince Charles may well choose to do so when he becomes King.”