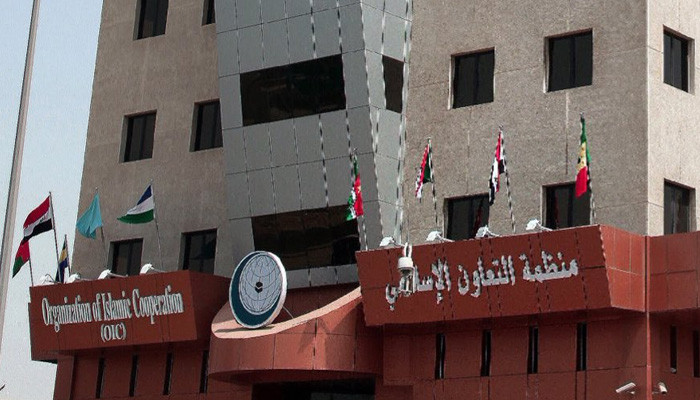 In a statement, according to a Radio Pakistan report, the commission termed it as violative of numerous OIC and UN Security Council Resolutions as well as international human rights and humanitarian laws.

The OIC commission said this is a nefarious attempt to alter the electoral demographics and dynamics in a manner that could influence the sham electoral results to install puppet regimes of its choice in the occupied territory.

These wicked measures, it said, are aimed at converting the indigenous Muslim population into a minority within their homeland and obstruct the exercise of their inalienable right to self-determination.

The commission further stated that these measures manifest violations of the human rights of the Kashmiri people, guaranteed under well codified international human rights treaties including the Fourth Geneva Convention, which clearly prohibits any change in the demographics of the occupied areas and resultant disenfranchisement.

While rejecting these measures as illegal, the OIC body reiterated its oft-repeated call to the UN and the international community to play their due role to pressurise India to abide by the relevant UNSC and OIC resolutions and refrain from any administrative and legislative actions, which are tantamount to altering the geographic and demographic status of the illegally occupied territory.

It stressed for restoration of all fundamental freedoms of Kashmiris and repealing of all discriminatory laws.

The commission demanded that the Kashmiri people be allowed to exercise their inalienable right to self-determination through a free and fair plebiscite, as provided in the relevant UN Security Council and OIC resolutions.

In a telephonic conversation with OIC Secretary General Hissein Brahim Taha, Foreign Minister Bilawal Bhutto-Zardari said the so-called “Delimitation Commission” has validated the worst fears of the Kashmiri people that the BJP government in India sought to disempower and disenfranchise them by altering the demographic structure of IoK with a view to converting the Muslim majority into a minority.

The foreign minister said this illegal and farcical attempt was in contravention of the relevant UN Security Council resolutions and international law, which imposes certain obligations on occupying powers including not to change the demographic structure of the occupied territories.

Hissein Brahim Taha reaffirmed steadfast support to the just struggle of the Kashmiris for their inalienable right to self-determination, in accordance with relevant UN Security Council and OIC resolutions.