HomePAKISTANOn the edge: What led to Pakistan's economic decline?
PAKISTAN

On the edge: What led to Pakistan’s economic decline? 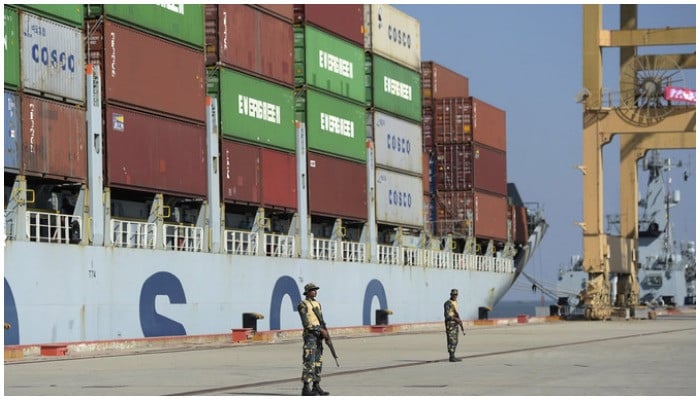 I cannot count the number of times in the past month I have heard the term “Pakistan is at a crossroads”. While — like almost every other Pakistani — I may have my opinions on the various conspiracy theories doing the rounds, that is not my topic today.

As an investor in the global emerging market space for close to 30 years, I just want to draw some attention to the seriousness and immediacy of the dire economic issues that Pakistan is facing. Some of these are structural, like water/climate change and population growth etc., and while these are critical to the long-term survival of the country, today I want to talk more about the cyclical and more immediate challenges that the country faces.

I am not looking to ascribe blame to anyone. The fact is that Pakistan has pursued a seriously flawed and failed economic policy for decades and this has now brought it to within a hair’s breadth of collapse.

The unique economic environment created by the coronavirus pandemic and the global economic reaction that followed only exacerbates the challenge.

In fact, in my 30 years, I don’t think I have seen as hostile an environment for weak emerging economies as I do today. Sri Lanka has been the first domino to fall, but Pakistan, Egypt, Turkey, and several others are not too far behind. These weak economies face a perfect storm, brought about by rising commodity and energy prices, a strong dollar, declining central bank liquidity and an increasingly polarised and less “global” world economic order.

In such a hostile environment one would expect that if a regime is to be replaced it would be done by one that understood the challenges, had a ready and devised plan, and had the political will to execute that plan. Unfortunately, it has not been the case.

In fact, it is quite apparent that there has been a serious miscalculation as to the challenges the country finds itself in. It appears that the assumption was that “bad governance” and economic missteps of the previous government were the main reason that Pakistan found itself in the predicament that it was in.

So, now we find ourselves in a situation where severe economic difficulty and distress have been amplified by unnecessary political uncertainty.

While the PTI government did nothing to reverse the economic slide that was perpetuated by previous regimes, the fact is that Pakistan’s current economic mess is primarily a combination of the structural weaknesses that have always existed together with a unique global environment that is causing havoc in most weak emerging economies.

The talk today is about raising energy prices or not, as if this one decision will resolve all the issues. This will only kick the can down the road, and that too only if the IMF and the GCC countries come through with the required support that is expected once the energy subsidies are withdrawn.

But that is like putting a band-aid when surgery is required. Pakistan has lived well beyond its means for most of its independent life, but this has never been more true than in the last 20 years.

Credit rating agencies like S&P Global and Moody’s have a concept called a “sovereign ceiling” this essentially means that at the end of the day your credit rating is only as good as the country where you are based. The biggest example is the current environment in Ukraine.

Ukraine is home to some of the globally strongest and most profitable companies in areas like steel, poultry, and grain production, if these companies were based in countries like Germany or the US, they would be rated high investment grade.

However, their ratings are constrained by the fact that Ukraine has a low “junk” rating, so is the case with many companies in Turkey, and in other countries in the Emerging markets. At the micro-level, this concept applies not only to corporations and banks but also to individuals.

Just because you are an affluent individual living in Pakistan, does not mean that you can afford the same lifestyle that you could in the US or the UK, and if you try to do that, the country pays the price.

My goal as a Pakistani is to live for the day when we don’t “celebrate” IMF and GCC aid packages. But that can only happen if we start living within our means, and try to extricate ourselves from the debt spiral we are in. This will take very hard decisions, let me give you a few examples.

Some of the above measures can be taken immediately, some will require legislation, but all will require political will. A seriously miscalculated (in my view) political experiment has brought Pakistan close to the edge of an economic cliff, the next few weeks/months will decide if we are going to fall off or not.

—  The author is a Pakistani American who is the Chief Investment Officer and Managing Director for Arqaam Capital’s Fixed income asset management business, based in Dubai.