One killed at Iran protest against rising prices: MP 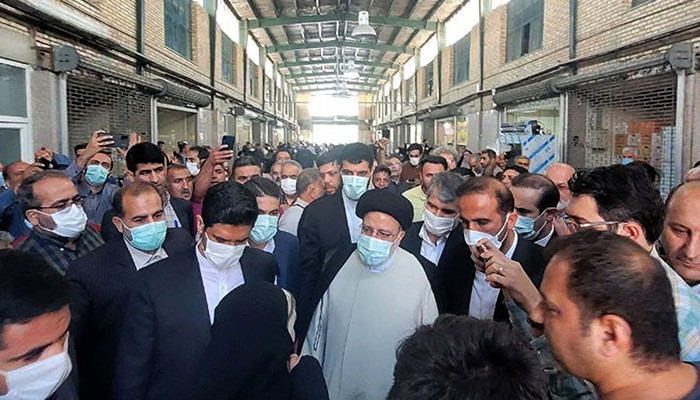 TEHRAN: One person was killed during a protest in southwestern Iran against a government decision to raise the costs of basic goods, an MP told Iranian media Saturday.

The authorities had announced Monday a series of measures to tackle mounting economic challenges, such as changing a subsidy system and raising the prices of staple goods including cooking oil and dairy products.

Hundreds took to the streets in a number of Iranian cities to protest the government’s decision, including in Tehran province, state news agency IRNA reported.

Iran has been reeling under the effect of sanctions reimposed by the US in 2018 — exacerbated by rising prices worldwide since the start of Russia’s invasion of Ukraine in February.

“A resident of Andimeshk was killed during the recent rallies in Dezful in Khuzestan province,” local MP Ahmed Avai told the Iran Labour News Agency (ILNA).

The victim was not identified, nor were the circumstances of the death disclosed.

IRNA had reported Friday that more than 20 people were arrested during the demonstrations in Dezful and Yasuj further east, but made no mention of any casualties.

In the town of Izeh, also in Khuzestan, a number of people reportedly attacked shops and set fire to a mosque.

The imam of Izeh denounced the “insult against Islam, the Koran and the Prophet Mohammed”, IRNA said.

On Saturday, Izeh MP Abdollah Izadpanah told ILNA that three youths were arrested for “throwing stones at a mosque”.

Following the announcement of the new economic measures, people rushed to supermarkets to stock up on goods before the price rises came into effect on Friday, according to social media images broadcast on state television.

Iran has seen several waves of protests over living conditions in recent years, most notably in 2019 after a fuel price hike.

In recent months, teachers have to hold successive demonstrations demanding the speeding up of reforms that would see their salaries better reflect their experience and performance.