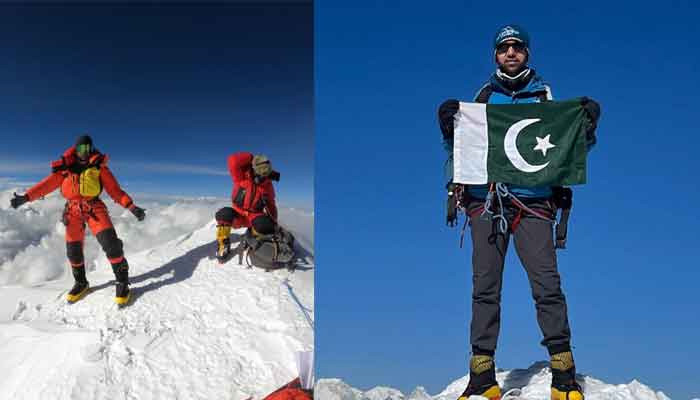 Abdul Joshi from Hunza made Pakistan proud on Monday as he successfully climbed the world’s highest mountain, Mount Everest (8,848 metres) and raised the country’s flag on top of the world.

Known as “pathfinder” among mountaineers due to his extraordinary skills, Joshi was part of the team led by Mingma G.

The expedition began on April 22 and they reached Camp 4 on May 15.

The thirty-eight-year-old Hunzaiite  embarked the final summit from Camp 4 last night at around 9pm PKT and reached the top on Sunday near 5am PKT.

“Alhamdulliah! Another triumph for Pakistan! Abdul Joshi has summited Mount Everest – the Highest Mountain in the World. May Allah be praised for all His glory,” the post read.

In April last year, Joshi, along with Sirbaz Khan, had summitted 8,091 metres Annapurna peak. His first peak was Manglik Sar at 6,050 metres. He caught everyone’s attention when he led a team for the first-ever successful summit of Passu Cones in Gilgit.

Mountaineers say that Joshi is one of the most skilled climbers in the country but he mainly focuses on unclimbed peaks and finding paths to the summit.

Joshi is likely to return to the base camp on May 18.