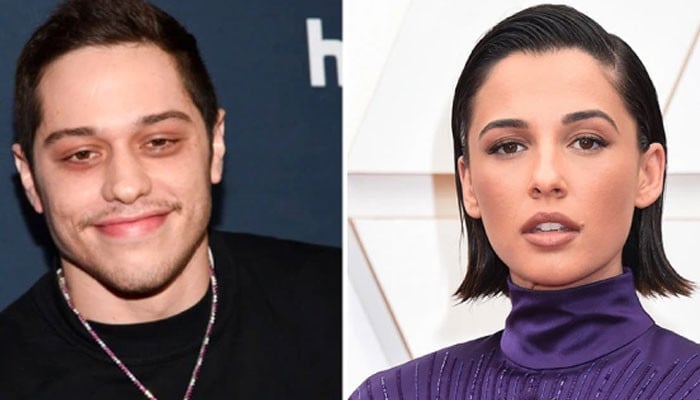 Comedian Pete Davidson And Naomi Scott to star in David Michôd’s ‘Wizards!’ For A24 And Plan B, according to reports.

Pete Davidson, Franz Rogowski, Naomi Scott and Sean Harris are set to star in Wizards!, a new film from Australian writer-director David Michôd that reteams A24 and Plan B Entertainment.

Michôd also penned the script, which is based on a story by Joel Edgerton and Michôd. Dede Gardner and Jeremy Kleiner of Plan B will produce alongside Liz Watts.

The film follows two hapless pothead beach-bar operators (Davidson and Rogowski) who run into trouble when they stumble across stolen loot that they really should have just left alone.

This marks the fourth collaboration between A24 and Plan B following such award-winning films as Moonlight, Minari and The Last Black Man in San Francisco.

This is Plan B’s third collaboration with Michôd after War Machine and The King. It also will reteam Michôd and Watts with A24 for the first time since 2014’s The Rover. Watts recently joined See-Saw Films, where she will be producing the film.

Pete Davidson continues to stay busy both on film and in the TV realm as he is wrapping up another season on Saturday Night Live. he can be seen next in the A24 horror comedy Bodies, Bodies, Bodies. His semi-autobiographical series Bupkis was just given a series order at Peacock.