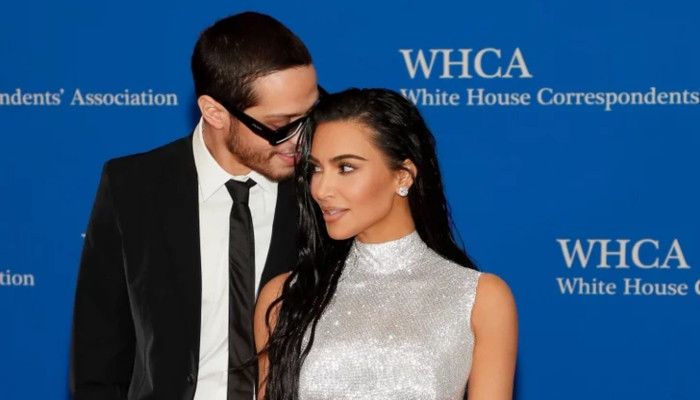 The pair left fans spellbound with their stunning appearance. However, some of the couple’s admirers missed the Saturday Night Live star’s signature look at the event.

Body language expert Judi James analyzed Davidson’s appearance on the red carpet beside his ladylove Kardashian and said that he is slowly morphing into a Kardashian and losing his signature look.

James noted the change that the comedian’s usual ‘goofy grin’ has vanished in recent weeks as he started making more public appearances with the SKIMS founder.

“Pete is looking so much like a surrendered male now it’s a wonder he doesn’t go the whole way in terms of Kardashian branding and start to call himself ‘Kete,’ said James to the Mirror.

“There’s so much of him missing here in terms of his normal persona that you have to wonder whether he’s now working to the Kardashian style guide manual or if he is feeling too insecurely loved-up to let the familiar ‘Pete’ signature features make an appearance.”

Claiming Davidson is providing Kim with all the attention, James said, “Kim’s body language has morphed from the giddy teen look we’ve been seeing on her dates with the comic to her signature, elegant red carpet vibe where movement is minimal and pose is all as she allows herself to be adored by the cameras.”

Kim, 41, and Davidson sat together at Disney/ABC’s table, representing The Kardashian on Hulu.