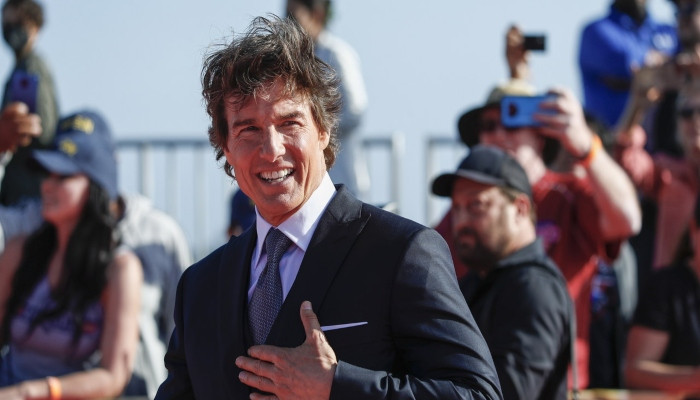 Tom Cruise arrived at the special ‘A Gallop Through History’ performance event as part of the official celebrations for Queen Elizabeth II’s Platinum Jubilee at the Royal Windsor Horse Show at Home Park in Windsor on Sunday.

Ignoring the protocol of being driven to the event venue, the Mission: Impossible actor opted for a stroll and was mobbed by a big crowd of his fans.

TV presenter Phillip Schofield, who hosted the ITV coverage of the celebrations, claimed that Cruise, 59, “caused absolute chaos” during the royal event.

The Top Gun actor was one of several celebrities to feature in the special, speaking with Schofield and Julie Etchingham, who acted as presenters.

During his regular appearance on This Morning on Monday (16 May), Schofield explained Cruise’s entrance at the event and said, “He caused absolute chaos in Windsor because he decided to walk to the studio.”

“So the police then obviously had to do serious crowd control at the drop of a hat, but he met everybody,” he told his co-host Holly Willoughby.

Despite his chaotic entrance, Schofield praised Cruise and called him ‘the most delightful man.’

“When he did our interview he then went downstairs and met everybody, went into rooms to meet people and made proper eye contact. He is a class act,” said Schofield.