HomeENTERTAINMENTPiers Morgan in ‘war of tweets’ with Denise Welch after latter's...
ENTERTAINMENT

Piers Morgan in ‘war of tweets’ with Denise Welch after latter’s sneering comment: Deets inside 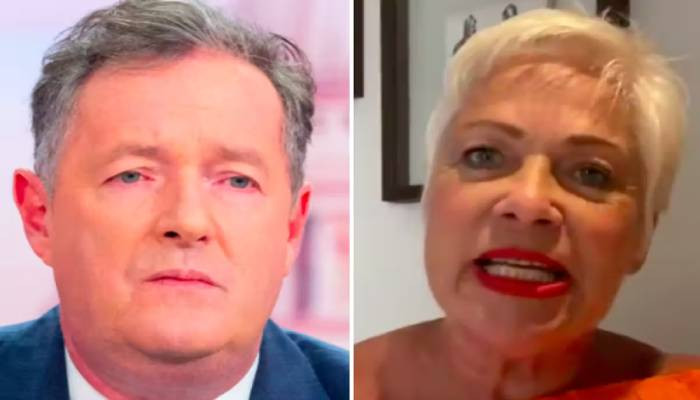 Piers Morgan has recently had  “war of tweets” with Denise Welch after the latter  took a jibe at Morgan’s  show Uncensored  for its poor rating.

On Sunday, the Loose Women star took to Twitter and commented, “Couldn’t happen to a nicer bloke.”

Meanwhile, Piers had hit back at Denise about her battle with depression.

“Awww, Little Miss Mental Health being unkind again… anyone would think you’re a hypocritical fraud playing the MH card for ££,” remarked the 57-year-old.

Piers also wrote that Denise had exploited “mental health for money and preach about kindness but she is a horrible human being”.

The actress then retorted, “The same man who said I wear my depression ‘like a designer handbag’ & that Will Young doesn’t have PTSD he has WNTS (whiny needy twerp syndrome’). That’s why people are glad your show is bombing Piers.”

To this end, Piers angrily tweeted, “More sickening lies from a shameful hypocrite. So many D-list ‘celebrities’ like Welch now ruthlessly exploiting mental health for personal financial gain. I see right through them all. Wonder how much cash she’s now banked from playing the MH victim.”

Later, Denise called Piers out for character assassination, saying, “This is now defamation of character.”

” I am an active ambassador for several mental health charities & have shared my own illness for 33 yrs. How dare you accuse me of financial gain?” she added.