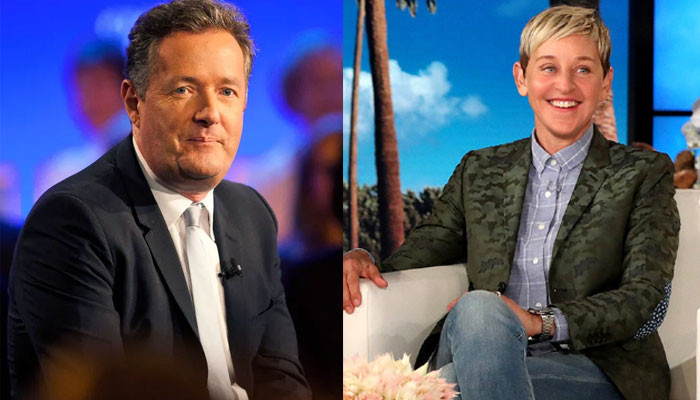 Outspoken TV presenter Piers Morgan turned his guns on host Ellen DeGeneres for her alleged ‘hypocrisy’, calling her ‘one of the unkindest people in television.’

Piers Morgan shared the news of the New York Post titled “Ellen DeGeneres tapes final episode: ‘The greatest privilege of my life’,” on his Twitter handle and said, “The Queen of Woke who preached to the world about kindness – but then got exposed as one of the unkindest people in television. Thanks for all the hypocrisy, Ellen!” followed by clapping hands emojis.

Earlier this week, Ellen shared her photo on Twitter and revealed, “Today we taped the final episode of The Ellen Show which airs on May 26th.”

She continued, “When we started this show in 2003, the iPhone didn’t exist. Social Media didn’t exist. Gay marriage wasn’t legal. We watched the world change, sometimes for the better, sometimes not.

“But whatever was happening, my goal was always for the show to be a place where we could all come together and laugh for an hour. Being invited into your lives has been the greatest privilege of my life and has brought me incredible joy. Thank you. Thank you. Thank you.”