PM directs to ensure security of Chinese nationals in Pakistan 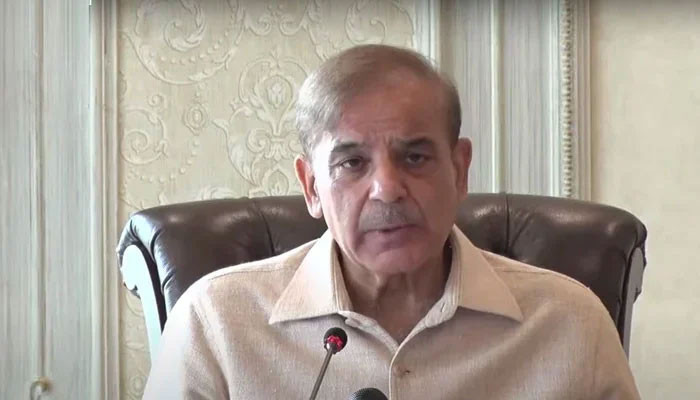 ISLAMABAD: A day after a telephonic conversation with his Chinese counterpart, Prime Minister Shahbaz Sharif on Tuesday directed to ensure the security of Chinese nationals in Pakistan.

Presiding over a high-level meeting in Islamabad, PM Shahbaz Sharif said, “attempts to harm the China-Pakistan Economic Corridor (CPEC) are not acceptable at all.”

He directed the concerned authorities to take measures to improve the law and order situation in the country immediately.

Chief secretaries, high-level security officials, officers of the Interior Ministry and the CPEC Authority were among the attendees of the meeting. The meeting was briefed on the security of the Chinese nationals in the country.

A day earlier,   PM Shahbaz Sharif assured Chinese Premier Li Keqiang that Pakistan is determined to take all necessary measures for the enhanced security and safety of the Chinese expats in Pakistan.

The two leaders held a comprehensive telephonic conversation that day, according to the PM Office. Traditional warmth and cordiality marked the talks between the two leaders — a hallmark of the Pakistan-China relationship.

During the talks, the Karachi suicide bomb attack that resulted in the death of three Chinese scholars came under discussion.

The prime minister offered his condolences to the Chinese government and people and expressed sympathies with the families of victims of the heinous terrorist attack.

PM Shahbaz strongly condemned the terrorist attack and reaffirmed Pakistan’s firm resolve to hold a thorough investigation and apprehend the perpetrators of this criminal act, bringing them to justice in accordance with local laws.

He also reiterated that Pakistan attached the highest importance to the safety, security and protection of all Chinese nationals working in Pakistan on economic projects and institutions.

Apart from the deliberations on the attack, the two premiers also discussed in detail bilateral matters, while agreeing that Pakistan and China would not allow anyone to harm the time-tested “All-Weather Strategic Cooperative Partnership” between the two countries.