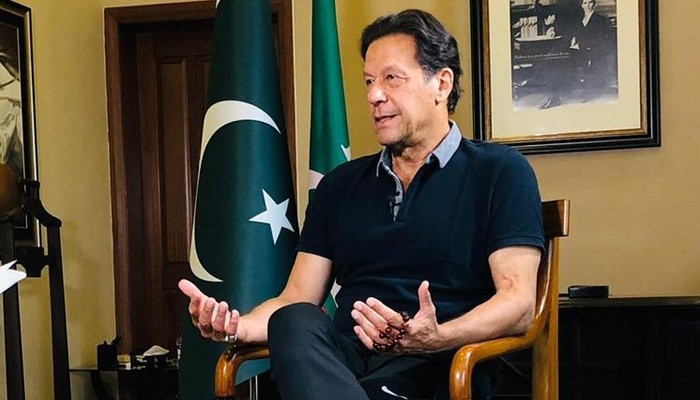 ISLAMABAD: Prime Minister Shahbaz Sharif has ordered to provide foolproof security to PTI Chairman Imran Khan after the former premier claimed that his life was in danger.

The directives came during a meeting chaired by the prime minister during which a detailed briefing was given by the Interior Ministry.

The PM has ordered the interior ministry to give the best security to Imran Khan and provide him with a chief security officer.

“The provincial governments should provide security to Imran Khan during public gatherings,” the premier said.

The ousted prime minister, in his address to the Sialkot jalsa on Saturday, said a “conspiracy” was being hatched to take his life — and despite knowing about it earlier, he has now enough evidence to confirm it.

The PTI chairman had said he has recorded a video and stored it in a “safe place” in which he has mentioned each and every character that was behind the “conspiracy” to oust his government.

“They (without specifying) have deiced to kill Imran Khan. And this is why I have recorded this video as I don’t consider what I do as politics, but this is jihad to me,” the PTI chairman had said.

Khan had said he has named everyone — the people who were involved in the “conspiracy” abroad and at home. “I have said in the video that the names of every person who conspired against my government are etched on my heart.”

According to an Interior Ministry spokesperson, the prime minister has held two threat assessment meetings with officials from the ministry to finalize the security detail of the former prime minister.

At Imran Khan’s residence in Bani Gala, 94 security officers will be deployed, the official said. Of which, 22 men will be from the Islamabad police and 72 from the Frontier Constabulary.

In addition, 26 officers from the security service and nine military personnel will also be made available.

When Imran Khan is on the move, four police vehicles will accompany him with 23 cops, as well as a vehicle with five Rangers personnel.

The interior ministry spokesperson added that if there is a specific threat to the former prime minister more security will be made available.