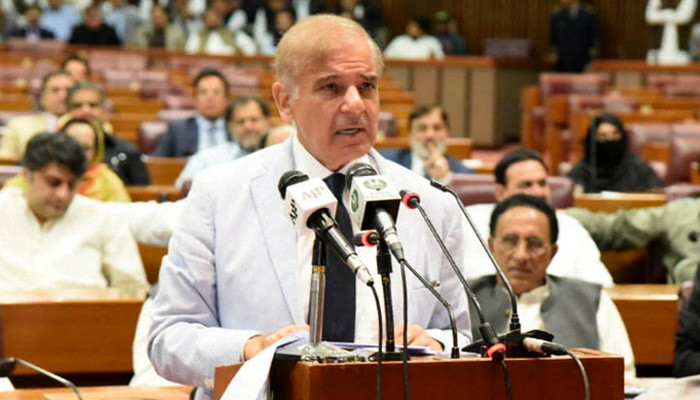 The prime minister had held detailed discussions with the PML-N supremo in London during the past week on pressing issues.

The premier, along with his key cabinet members belonging to PML-N, stayed in the UK capital for three days where the party held threadbare discussions.

The PML-N leaders who attended the London meetings are tight-lipped and not sharing anything related to the party’s strategy to deal with the economic crisis and ending the subsidies on petroleum products, which the IMF has linked with the revival of the loan programme.

According to the report published today, PM Shehbaz Sharif may also address the nation in a day or two to take the nation into confidence over the prevailing financial and political situation of the country.

A meeting of the National Security Committee — the country’s apex security body comprising civil and military leadership — can also be summoned to appraise all stakeholders on the current situation, it added.

Shahbaz Sharif will present the options for dealing with the crises  to the leaders of the coalition parties after which the government will take the final decision only after their approval.

Earlier, senior PML-N leader Rana Sanullah said that the PML-N would like take all the allies on board before taking the “difficult” decisions.

While talking on Geo News programme Naya Pakistan on Saturday, the minister said the PML-N has the ability to revive the economy, ruined by an incompetent gang, but there is a cost to it, and the PML-N is ready to pay its part of the cost. But, he said, the party is not ready to take responsibility for everything. He said that all other allies must come clear and show how much burden they were ready to shoulder for reviving the economy.