HomeENTERTAINMENTPrince Harry did not want to be 'spare' to William and kids...
ENTERTAINMENT 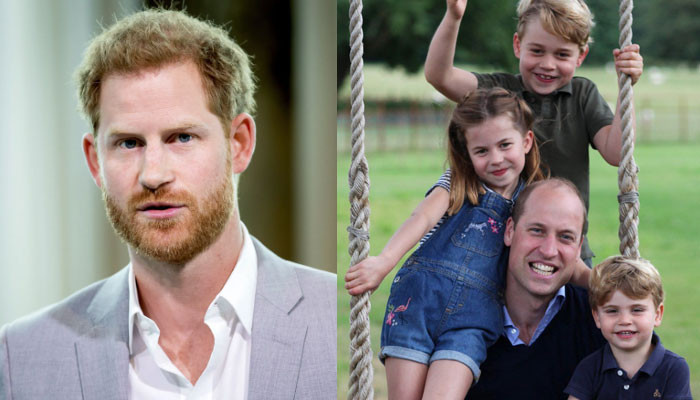 Prince Harry and Meghan Markle would not have had a valuable role in UK in future.

Royal author Ian Lloyd says that the royal family does not honour a second child as much as the first one because of ‘heir and spare’. Prince Harry had always been a spare to heir Prince William and his rank in the family only reduced after elder brother welcomed three children with Kate Middleton.

The author tells Express.co.uk: “The problem with being the second is that you grow up with your sibling and you are equal – Diana treated Harry and William as equals, King George VI and Queen Elizabeth treated Elizabeth and Margaret like equals when they were children.

“But then what happens is that when the older one becomes sovereign or the heir it feels the second sibling more or less disappears.

“Princess Margaret was second-in-line from 1936 to 1948 and, considering World War 2, Elizabeth could have been killed and Margaret become Queen as a result.

“But had she lived up to now she would be something like 26th-in-line to the throne, so in other words she just of disappeared off the radars with the passing of the years.

“And I think that’s what Harry finds difficult.”

Adding to the Sussex and their positions as senior royals, the author said: “There is no obvious role and I think Meghan thought she could come in and make a role and sort of take on the Royal Family but the Palace and the organisation won’t do that.

“They only ever support the heir and spare, so Meghan and Harry would never shine in this country.”