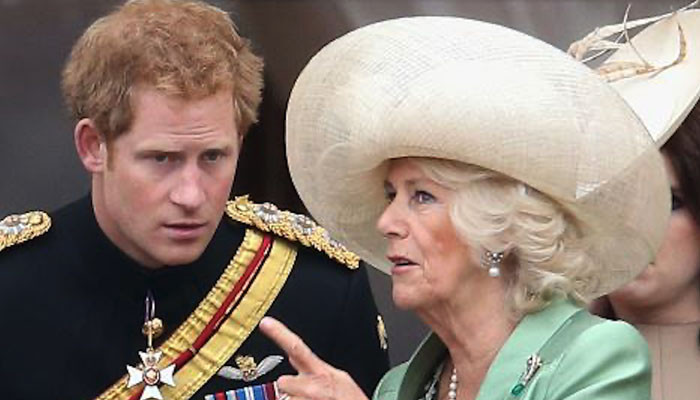 Prince Harry is asked to tread carefully when it comes to stepmom Camilla.

The Duke of Sussex, who will release his memoir later in the year, reportedly has grudges against his father’s second wife. Journalist Celia Walden is however advising Harry to not air his dirty laundry out in public.

Walden agrees that going against Camilla will be Harry’s “biggest mistake yet” since she is the “future.”

Ms Walden wrote in Telegraph: “When, back in February, the Queen declared it her ‘sincerest wish’ that the Duchess of Cornwall become Queen Consort when Charles becomes king, that wasn’t just Her Majesty saying ‘give my daughter-in-law the respect she’s owed and earned’ but a reminder that Camilla is the future.

“That as a country, and as individuals, we all need to adapt and move on.

“So, as the Duchess of Cornwall celebrates her 75th birthday in July amid what is sure to be an outpouring of admiration and affection; as she is anointed by Vogue, gracing the cover of a special edition that same month; as the Queen continues to scale back her public engagements, handing over an increasing number of duties to Charles and Camilla, will Harry toe the line?”

Harry was then asked to make “crucial cuts” in his memoir, especially after latest Netflix snub on animated series.