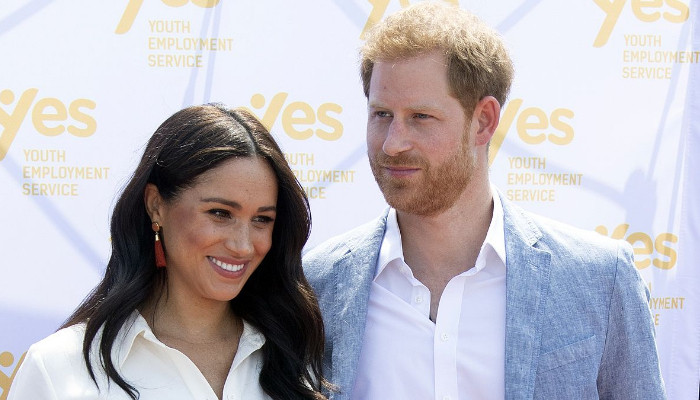 Prince Harry was reportedly left ‘entranced and obsessed’ with now-wife Meghan Markle when they first met in London’s Soho in 2016, reported Express UK.

According to royal experts and authors Omid Scobie and Carolyn Durand, also friends of Meghan, the royal couple were almost immediately ‘obsessed’ with each other after meeting over drinks and talking for hours.

Writing for The Times in 2020, Scobie and Durand shared: “Over drinks (beer for him, a martini for her), they asked each other questions about their work… They were too engrossed in their conversation, and too involved with each other, to notice the rather rude wallpaper… that adorned the walls.”

They continued: “No one expected what happened next. ‘Almost immediately they were almost obsessed with each other,’ a friend said.”

Meghan reportedly even told one of her girlfriends that ‘it was as if Harry was in a trance’, and also questioned: “‘Do I sound crazy when I say this could have legs?’”

Their romance picked up quickly after that, with Prince Harry taking Meghan out for a romantic dinner the following evening and then the next, inviting her to Kensington Palace.

Just about six weeks later, Harry took her on a trip to Botswana, with a friend reportedly saying: “‘She came back smiling and just completely spellbound.’”

“Meghan said that she and Harry talked so much, about things she rarely shared with anyone,” Scobie and Durand also wrote.

Just over a year after their first meeting in Soho, the couple was engaged and they were then married in a royal wedding that was watched by tens of millions around the world.