HomeENTERTAINMENTPrincess Charlotte and Prince George have THIS loving name for the Queen!
ENTERTAINMENT

Princess Charlotte and Prince George have THIS loving name for the Queen! 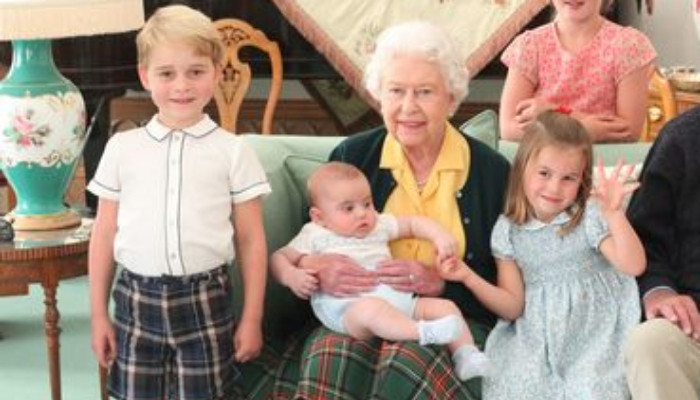 Prince George and Princess Charlotte have a special name for their great grandmother, Queen Elizabeth, who is celebrating 70 years on the throne this year.

According to a My London report, Prince William’s wife Kate Middleton once revealed the adorable nickname that her children, Prince George and Princess Charlotte, have for their great grandma.

In an interview to celebrate the Queen’s 90th birthday in 2016, the Duchess of Cambridge revealed: “George is only two-and-a-half and he calls her Gan-Gan.”

Kate not only revealed the sweet nickname that her kids have given to Her Majesty, but also commented on the Queen’s relationship with her great grandchildren.

“She (Queen) always leaves a little gift or something in their room when we go and stay and that just shows her love for the family,” revealed Kate.

As per Express UK, George’s little sister Charlotte also picked up the name ‘Gan-Gan’, which reportedly goes far back into royal history, with George and Charlotte’s granddad Prince Charles being the first to use it!

A brochure from back in 1969, when Charles received the title of Prince of Wales, reportedly says: “His mother spent as much time with her son as her duties allowed and part of the day was always devoted to him.”

“Often, he was taken to visit Queen Mary—whom he called Gan-Gan—at Marlborough House and the Queen—later known as the Queen Mother—as Buckingham Palace.”