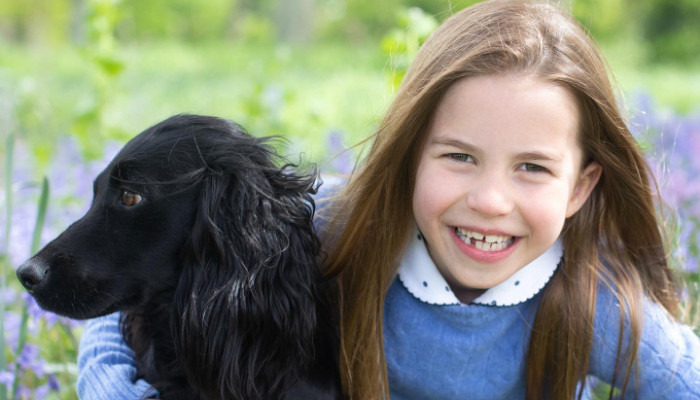 Princess Charlotte turns seven today, May 2, and the young royal is marking her birthday alongside her pup Orla, gifted to her by uncle James Middleton.

In pictures shared by her parents, Prince William and Kate Middleton, on their Instagram page early on Monday, Princess Charlotte was seen posing alongside her beloved Spaniel in a field of bluebells.

The adorable spring snap was captured by Charlotte’s mother Kate, the Duchess of Cambridge, and according to The Daily Mail, Charlotte’s Spaniel was given to the family by Kate’s brother James in the summer of 2020.

According to reports, James is an avid dog lover and has bred several litters of pups from his pet dogs, which he has said helps him with his mental health struggles.

He bred another litter last summer, and once again, gifted one of the pups to the Cambridges, who named it Orla.