HomeENTERTAINMENTPrincess Charlotte ‘hates’ it when dad Prince William does THIS
ENTERTAINMENT

Princess Charlotte ‘hates’ it when dad Prince William does THIS 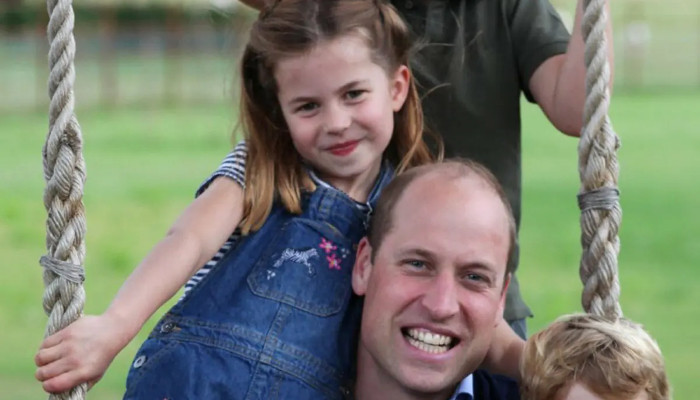 Princess Charlotte is a royal in every sense of the word but even she has her moments when she has a meltdown and according to reports, it’s when she has to get her hair done by her dad, Prince William!

According to a My London report, Princess Charlotte gives her parents William and Kate Middleton quite a hard time when it comes to personal grooming, especially hair styling, with the Duke of Cambridge sharing details of the same during a visit to a Blackpool Park.

Talking to a fellow father, William shared: “Never try to do a ponytail! Nightmare.”

The future King even revealed that he has tried his best to follow several YouTube tutorials to get the job done.

Not just William, but Kate also struggles with Charlotte’s hair styling, chiming in to say: “Have you tried to do a plait? It’s the weaving… really hard.”

To this, William responded: “I can do her ponytail, but that’s about it as I don’t have enough hair to practice on!”