HomeENTERTAINMENTPriyanka Chopra ‘doesn’t want to leave’ her daughter’s side ‘ever’: ‘Already an...
ENTERTAINMENT

Priyanka Chopra ‘doesn’t want to leave’ her daughter’s side ‘ever’: ‘Already an amazing mother’ 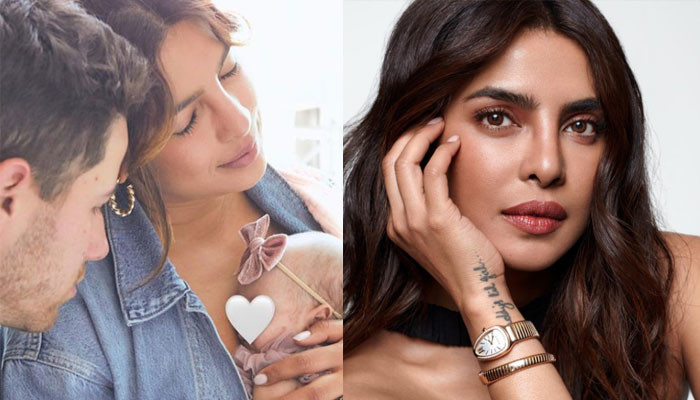 Priyanka Chopra wants to spend every second with her newborn daughter Malti Marie as she came home after spending 100 plus days in the NICU.

An insider spilled to Us Weekly that the little girl is ‘truly a miracle’ and the new parents ‘could not be happier’ as she is now home after first few tough weeks in the hospital.

“Nick and Priyanka could not be happier to have their little girl at home with them,” the source said. “These past few months have been heart-wrenching but both parents did not give up hope and remained optimistic.”

The source added that the couple’s daughter, who they welcomed via surrogacy in January 2022, “is a little fighter and truly a miracle.”

“Nick and Priyanka feel blessed and have been appreciative of everyone’s outpour of love and support during this time,” the insider stated. “They can’t wait to spoil Malti and start this new chapter of their lives as parents.”

The publication further shared, “Malti has certainly brought Nick and Priyanka closer, especially going through parenthood for the first time and being by each other’s side day in and day out.”

“Their daughter is just going to get stronger from here on out. She’s being very well taken care of. Priyanka doesn’t want to leave her side, ever! She’s already an amazing mother,” the insider concluded.

“On this Mother’s Day we can’t help but reflect on these last few months and the rollercoaster we’ve been on, which we now know, so many people have also experienced. After 100 plus days in the NICU, our little girl is finally home,” she wrote in her long caption.