PSY reveals how collaboration with BTS’ Suga came about 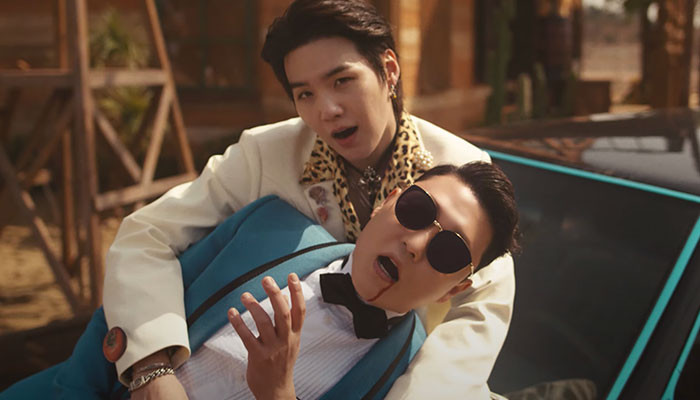 PSY recently spilt the beans on collaborating with BTS rapper Suga for the already hit song That That.

During his appearance on the April 30 episode of Knowing Bros, the South Korean pop music icon dished on the Daechwita rapper reaching out to him for a song.

The Gangnam Style hitmaker, who has just made his much-awaited comeback with the new set PSY 9th, shared, “One day, I got a text message from an unknown number.”

“He’s produced songs for IU and Heize before. So he’d produced lots of songs for other stars before, and he told me that he wanted to top off his producing project by giving me a song,” he added.

“Suga’s the one who produced that beat. He asked me, ‘Could you possibly sing this song?’ and I said, ‘It wouldn’t even have to be this. What wouldn’t I be willing to sing [if you produced it]? I’m in!'” he continued.

“So we kept talking back and forth like this and working on the song together, and he wound up featuring on the song. I’d really like to take this opportunity to express my gratitude to him.”