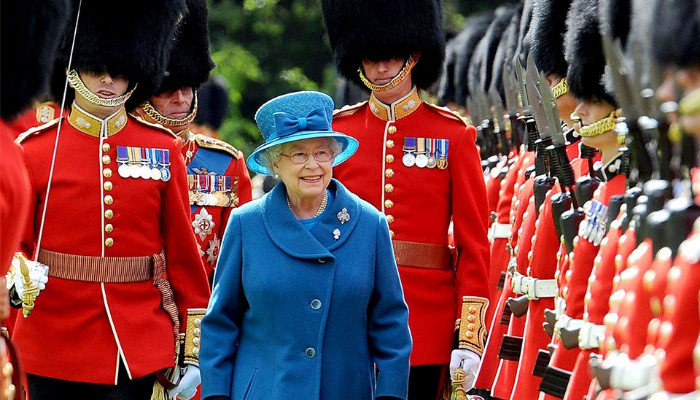 Queen Elizabeth’s guards are always on duty but like any human, they’re bound to mess it up once in a blue moon… like the guardsman who almost shot the monarch!

As per The Times, a former guardsman at the Buckingham Palace revealed to the publication that the now 96-year-old monarch would struggle with insomnia sometimes and venture out into the Palace grounds for a walk every now and then.

The guard shared that once, he was on his midnight duty when at 3am, he saw what he thought was a ‘mysterious’ figure in the darkness.

Thinking it was an intruder, he sprung into action and pointing his gun at the figure, shouted: “Who’s that?”

It turned out to be Her Majesty, and the guard reportedly exclaimed: “Bloody hell, Your Majesty, I nearly shot you!”

He then quickly realised who he was talking to and before he could gather his wits, the Queen, known to have a killer sense of humour, said: “That’s quite all right…next time I’ll ring through beforehand so you don’t have to shoot me.”

The incident isn’t the first time that Palace guards have confused members of the royal family as intruders; Prince Andrew was once stopped by armed police while out on a stroll as well!