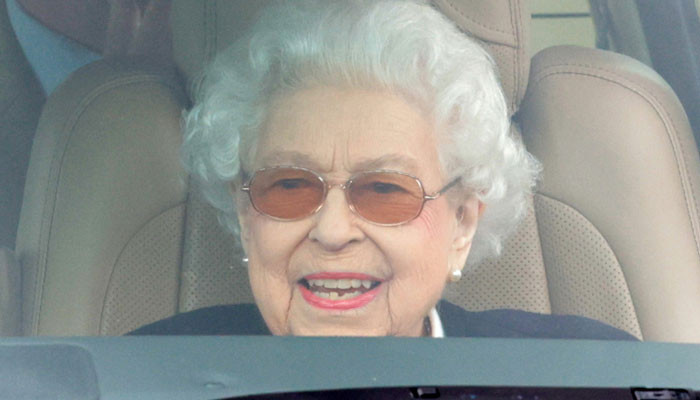 The smiling Queen was pictured watching the Royal Windsor Horse Show on Friday, allaying some fears over health problems that saw her miss the opening of the UK parliament earlier this week for the first time in nearly 60 years.

The 96-year-old monarch was seen arriving at the event, one of the highlights of her year, in the front passenger seat of a Range Rover, wearing a white blouse, blue cardigan and tinted glasses.

She spoke to a group of people through the open car window.

Buckingham Palace said that the monarch was suffering from “episodic mobility problems” when she pulled out of Tuesday´s state opening of parliament.

According to a report by the Daily Mail, Queen was driven 500 yards from the Windsor Castle apartments to see her favourite horse five-year-old gelding First Responder compete.

Later, instead of attending the show, the Queen visited her other horses entered into the contest at the Royal Mews at the castle.

The Royal Windsor show kicked off on Thursday and will run until Sunday.