HomeENTERTAINMENTQueen nothing like Nelson Mandela: 'Could not walk in his shadow'
ENTERTAINMENT

Queen nothing like Nelson Mandela: ‘Could not walk in his shadow’ 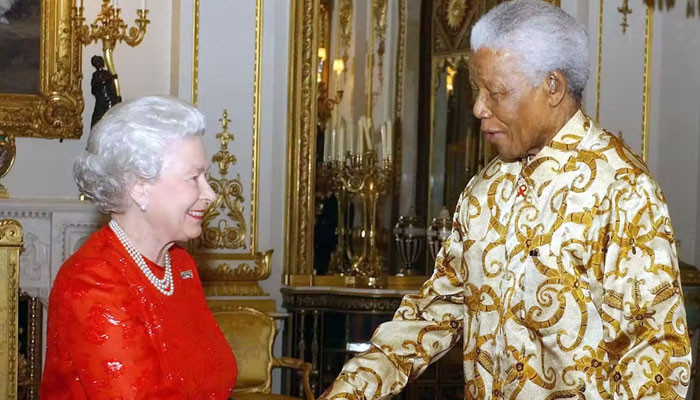 Queen comparison to Nelson Mandela did not sit well with Dr Shola Mos-Shogbamimu.

In a recent interview,  English broadcaster Alan Titchmarsh said that Queen is as ‘graceful’ as the Mandela and Dr Shola declares it “an outright insult” to the late South African anti-apartheid leader.

She wrote on Twitter: “Comparing the Queen to Nelson Mandela is not only obtuse but an outright insult.

“Mandela sacrificed his life & liberty for his people – oppressed by the White Supremacy British Monarchy upholds.

“The Queen could not walk in Mandela’s shadow.”

In a confessional, Mr Titchmarsh had said: “There’s been one constant heartbeat of this nation and that heart belongs to Her Majesty, the Queen.”

He told presenters Phillip Schofield and Julie Etchingham: “This is a remarkable year, 70 years for a remarkable woman whom I’ve met quite a lot and been bowled over by because she’s such ferociously good company.

“She has enormous quiet charisma, like Nelson Mandela did.

“He had a kind of grace and the Queen’s the same.

“It’s important in our lives, particularly this past couple of years, that we have special.

“If we don’t know our own family history, we know hers, and she in a way shares her lineage with us and her history is our history, and that matters to us.

“Whether we’re conscious of it or not,” she concluded.