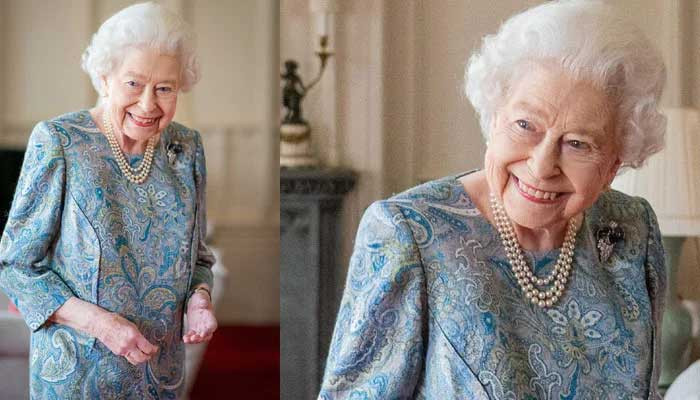 Queen Elizabeth II, who has become the first British monarch to reign for seven decades, met face-to-face with Switzerland’s president and his wife at Windsor Castel on Thursday.

The 95-year-old apparently responded to her grandson Prince Harry who was worried about the monarch after his surprise visit to the UK.

The Duke f Sussex, who paid his grandmother a rare and surprise visit for tea at Windsor Castle las month with his wife Meghan Markle, said in an interview with NBC’s “Today” show, “I’m just making sure she’s protected and got the right people around her.”

The Monarch was smiles and stood unaided during her first official engagement since a week-long break on the Sandringham estate, smiling broadly for photographs with Cassis and his wife Paola.

Queen appeared to be great and pleasant mood as she returned to Windsor Castle after a week-long break on her Sandringham estate in Norfolk, eastern England, where she marked her 96th birthday in private on April 21.

Prince Harry’s grandmother looked on healthy form as she met face-to-face with Switzerland’s president and his wife, in the build-up to UK-wide celebrations for her Platinum Jubilee in early June.