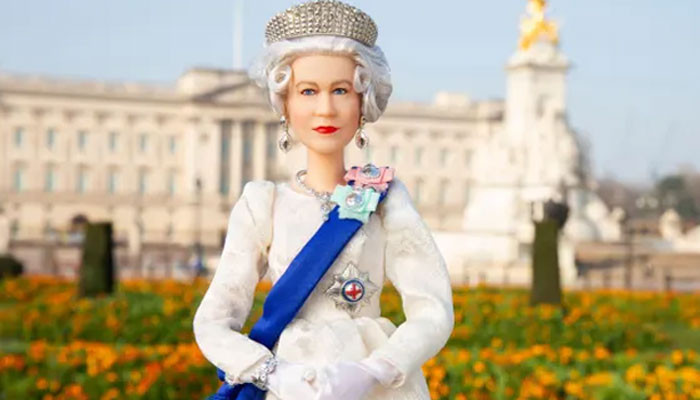 Undoubtedly the Queen and Barbie are both icons –  John Lewis said its stock of the £95 doll sold out in three seconds, and most eBay sellers are now hoping to sell the sought-after collectible for at least double that.

The Queen was recently immortalised as one of the iconic dolls to mark her 70 years on the throne. The doll’s outfit was chosen to resemble the look the 96-year-old favoured in her family portraits.

The special Jubilee doll  comes with an ivory gown and blue riband adorned with decorations of order – while her miniature tiara is based on Queen Mary’s Fringe Tiara – famously worn by the monarch on her wedding day.

The doll’s face has been sculpted to look like the Queen’s, and Barbie’s famous blond hair has been replaced with a severe grey coiffure topped with a tiara based on the one she wore on her wedding day.

Meanwhile, never-seen footage of The Queen throughout her life has been released in anticipation of a forthcoming documentary.

The Monarch is seen as a young princess, skipping on the Royal Yacht Britannia, smiling into the camera as a teenager with her younger sister, Princess Margaret.

The Queen and Barbie are both icons, so the combination was sure to be hot property – now a special platinum jubilee doll has sold out and become the subject of fierce bidding on eBay.