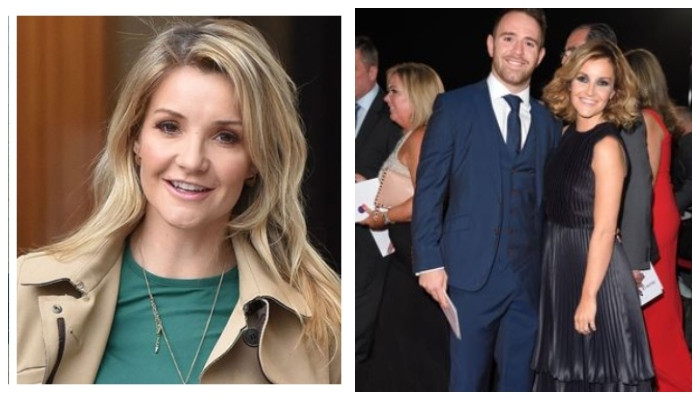 The Countryfile presenter Helen shared the sad announcement that her marriage had ended in an emotional statement which she posted to her Instagram stories on Monday.

The 38-year-old TV star revealed her husband Richie had ‘left the family home’ as she opened up about her heartbreak after their love story crumbled after eight years of marriage.

The pair are also proud parents to sons, Ernie, six, and Louis, four.

The Sun now reports Richie has ‘started a romance’ with a new woman a number of weeks after his split from Helen.

Richie’s pals have claimed the sports star has ‘seen the young businesswoman several times recently’ as their friendship has continued to grow.

Insiders claim that Richie is in ‘the very early stages of a relationship’ with the mystery new woman and it came after his split from Helen.

“Richie appears to have been spending a lot of his free time with this younger, successful businesswoman,” an insider told The Sun.

“They are now in the early stages of a relationship,” they added.

It comes after Helen stunned fans with a statement confirming her marriage to Richie was over on Monday.

In a short statement, Helen penned: “Very sad to say that Richie and I are no longer a couple. He has left the family home.

“We will be doing our best to co-parent our small children.”