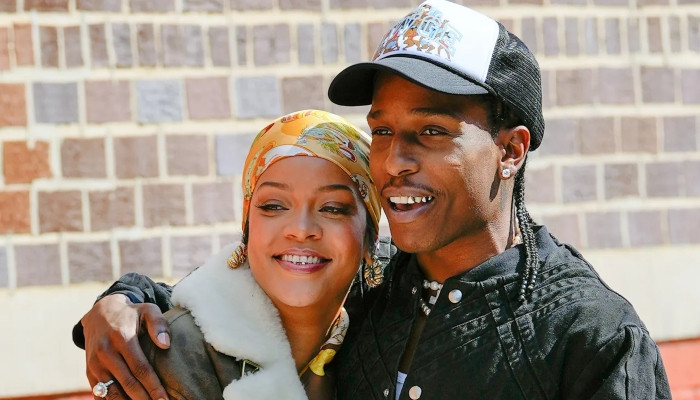 Pop icon Rihanna was recently clicked supporting her beau A$AP Rocky, who took to the stage at the Smokers Club Festival in West Hollywood and delivered his first performance since his arrest for a gun charge.

On Saturday night, the Umbrella singer, 34, who is only a few weeks away from welcoming her first child with the rapper, was seen cheering for Rocky backstage.

The Diamonds crooner was smiling and cradling her blossoming bump. She sported a maxi dress and coat for the night.

Meanwhile, the rapper, 33 – born Rakim Athelaston Mayers – set the stage on fire with his electrifying performance. He donned a white advisory t-shirt and black joggers with a chain print detail.

This has been the first time the Praise the Lord rapper took to the stage after his recent arrest in Los Angeles.

He was arrested by the L. A. Police Department in connection with a November 2021 shooting in Hollywood.

A source close to RiRi revealed that she has chosen to focus on her pregnancy amid her boyfriend recent arrest. ‘She hasn’t spoken much about [the arrest]. She’s truly focused on her pregnancy and not trying to get too stressed,’ an insider claimed.